⬤ Design KÖLLING ARCHITEKTEN
⬤ Location Frankfurt am Main , Germany
Managing the combination of communication and concentration is a challenge of the co-working approach and is mastered in this project.

In recent years, the transformation of the working world has developed one innovative principle in particular: co-working. The greatest challenge here is managing the interplay between communication and concentration.

On the one hand, the tenants should benefit from contact-enabling communal offerings and the presence of interesting co-users; on the other hand, they need quiet and discretion for their work and sensitive customer discussions. The design concept “pureSilent®”, which the workspace provider Satellite Office implemented at its new location, a new building including a hotel, directly opposite the Alte Oper in Frankfurt am Main, is dedicated to the topic of silence – “The special focus is on the ear”. 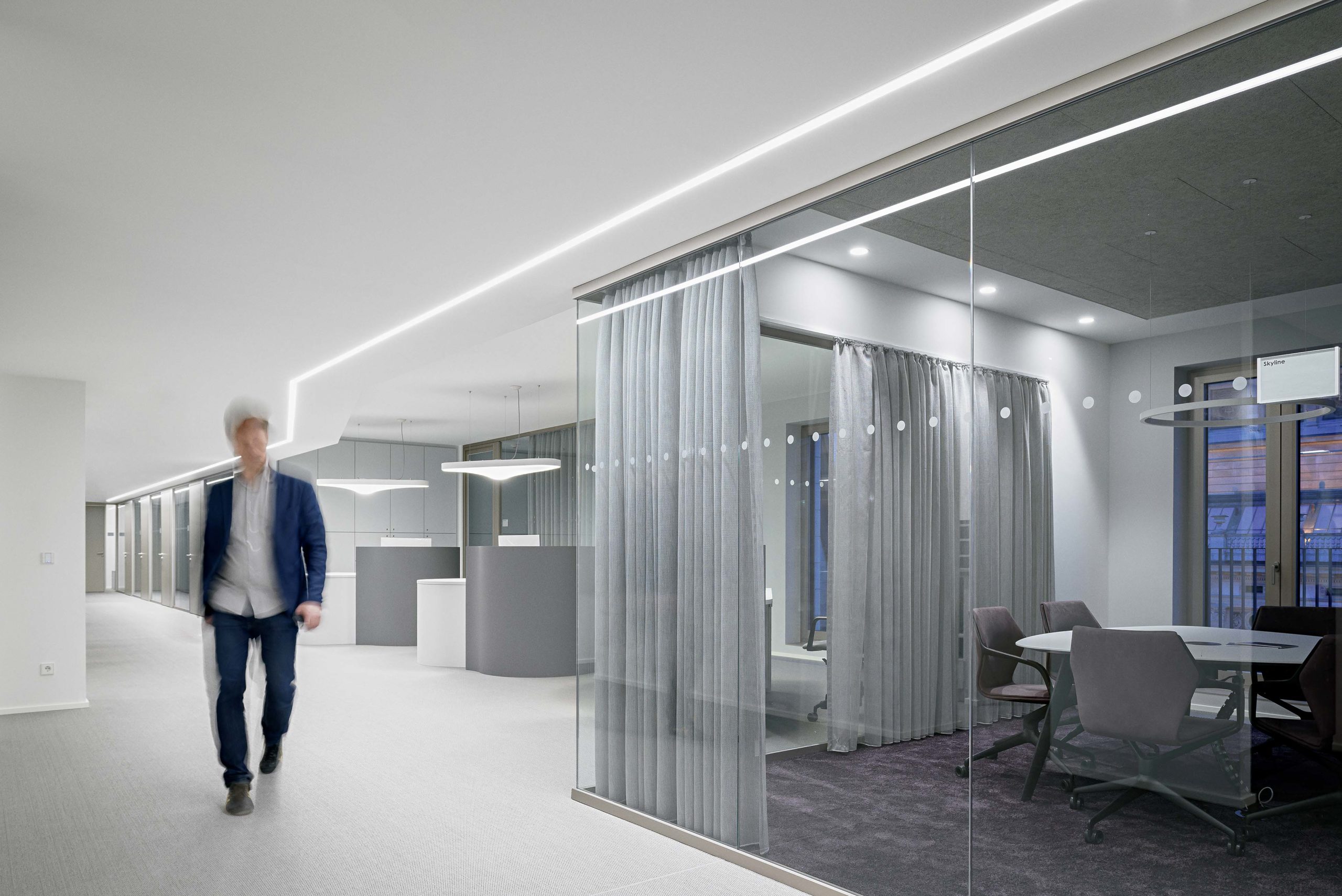 Since the space is distributed over three upper and attic floors in two parts of the building, which are connected by a walkway, this includes not only individualising layouts but also impressive views, including of the Opernplatz.

Co-working offices with 145 workstations are distributed efficiently over 2,500 square metres in a small-scale office structure. The room types, furnished using the latest media technology, are primarily differentiated into individual and team offices as well as suites.

Air-conditioned cubes serve the “Silent Dialogue” – a room-high, frameless all-glass system was used for this. Thus, the usual open spaces on the market were deliberately avoided, without, however, neglecting the professional contact spheres desired in co-working scenarios. Open lounge islands and bistros support this, as does the transparency of the circulation areas.

The minimalist, linear interior design corresponds with the concept of calming and is based on a restrained, elegant colour spectrum: light white, grey and blue as well as more intense aubergine and petrol, combined with warm-tone anodised aluminium profiles. Large-scale tinted photographs of Frankfurt and the neighbouring opera house provide the topographical and cultural localisation. 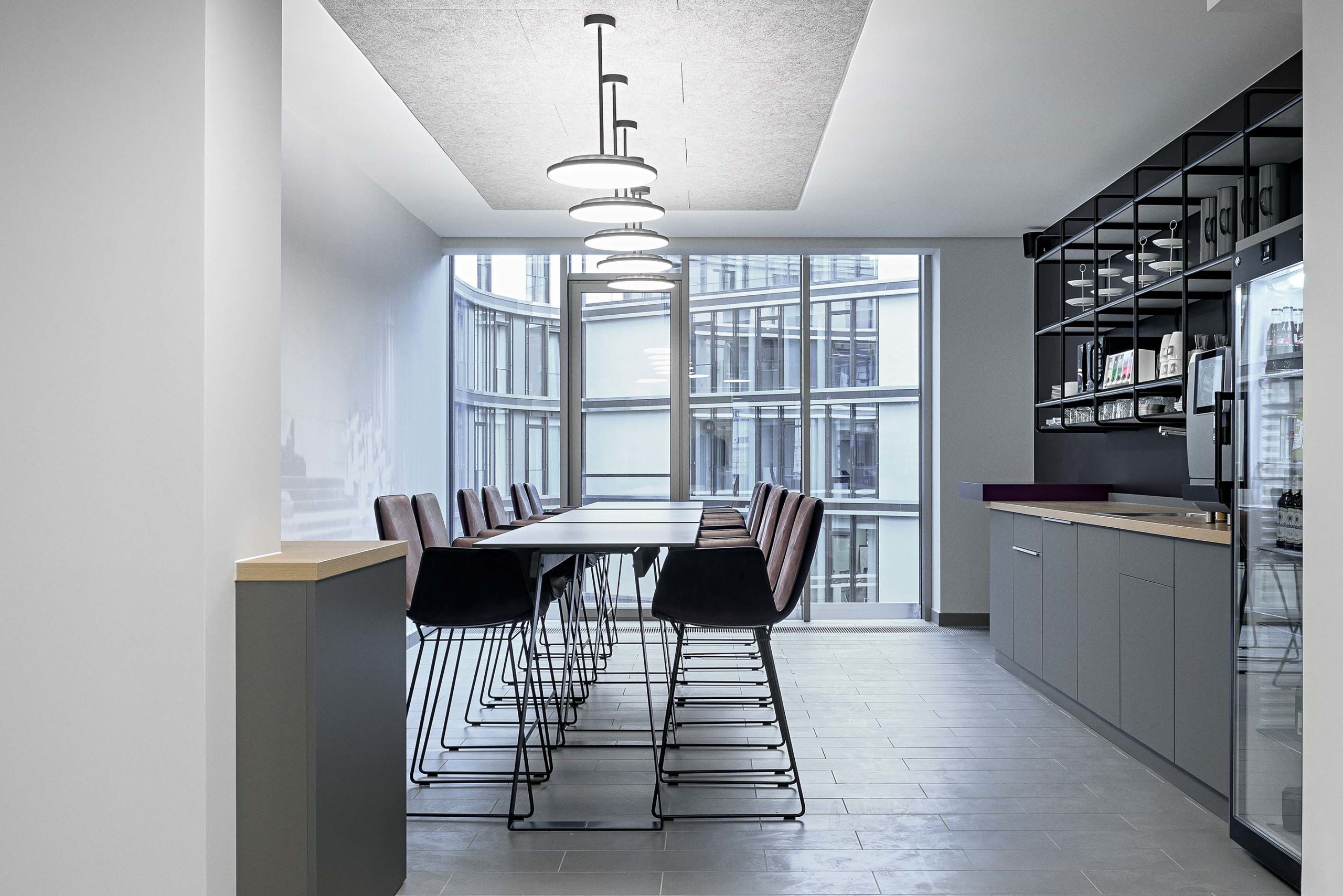 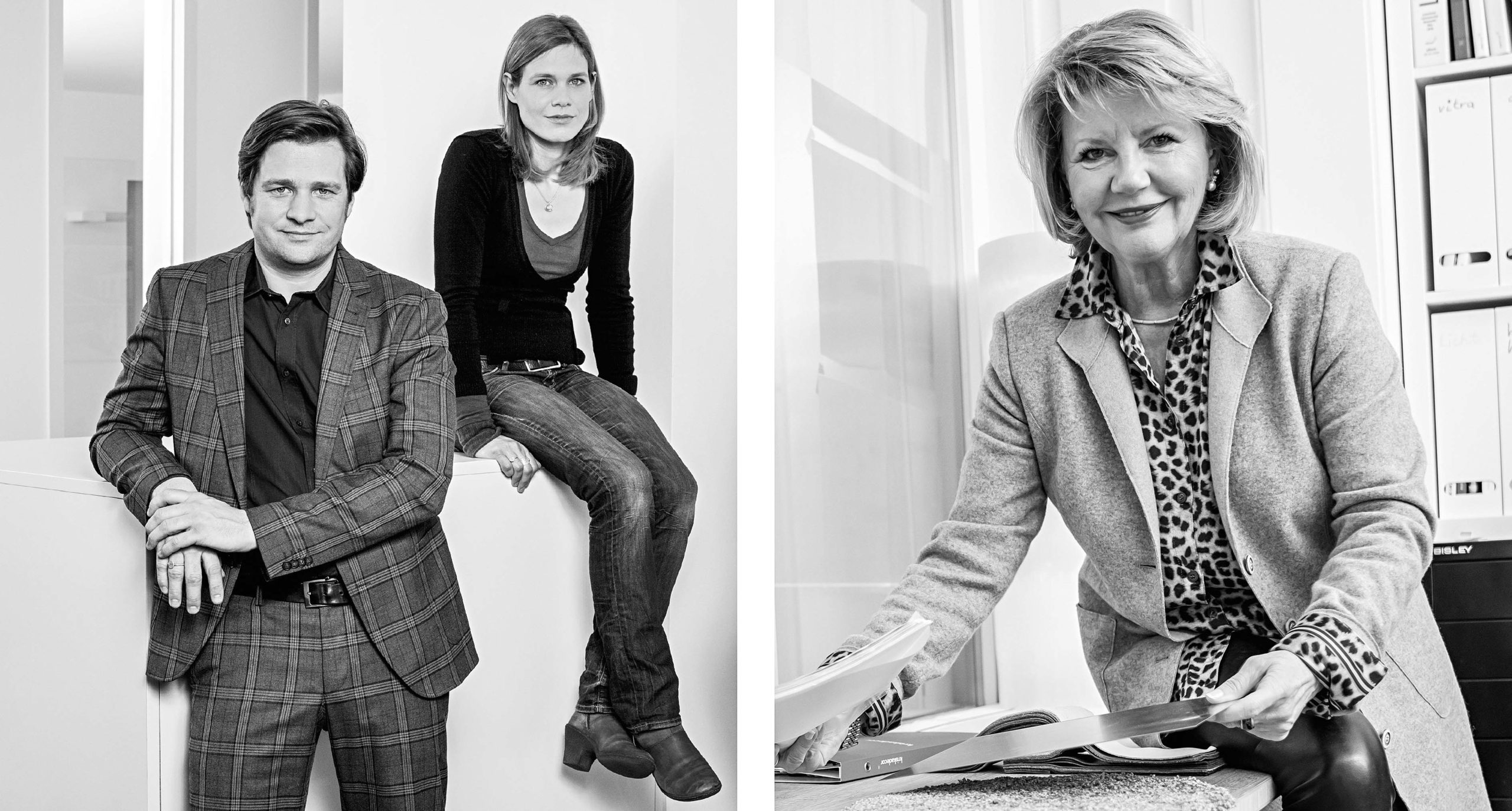 What do you consider to be the supporting qualities of a good workplace?

Anita Gödiker: Quality architecture and a quiet interior design that promotes concentration primarily determine the well-being and working atmosphere of the users. Sufficient and screened work surfaces, ergonomic seating and height-adjustable desks as well as sound-absorbing wall and floor elements play just as important a role as individual details, interesting views, high-quality materials and differentiated colour schemes that create a personal sense of elation. For Satellite Office, professional and personal service is also inseparably linked to the quality of a workplace.

Do you see any comparability in interior design for living and for working?

Yes, definitely! Since we spend a lot of time at our workplaces, living elements have long since found their way into offices. This is expressed in the lighting and colour design, which are elementary for both room designs, in room divisions with the arrangement of seating furniture and in a focus on the choice of materials. Consequently, the demand for a good office is now on the same level as the demand for good living.

Which material-related aspects are decisive for you in the future development of workspaces?

If we consider that people also perceive, enjoy and evaluate their working environment with their five senses, this “seeing, feeling, sensing etc.” will take on an increasingly important role in the material-related aspects. The constantly growing demands for environmental protection, ecology and recycling will influence the choice of materials even more decisively in the future. Office furniture made from recycled office materials, future eco-quality seals for the office world and much more will define the workspaces of the future. 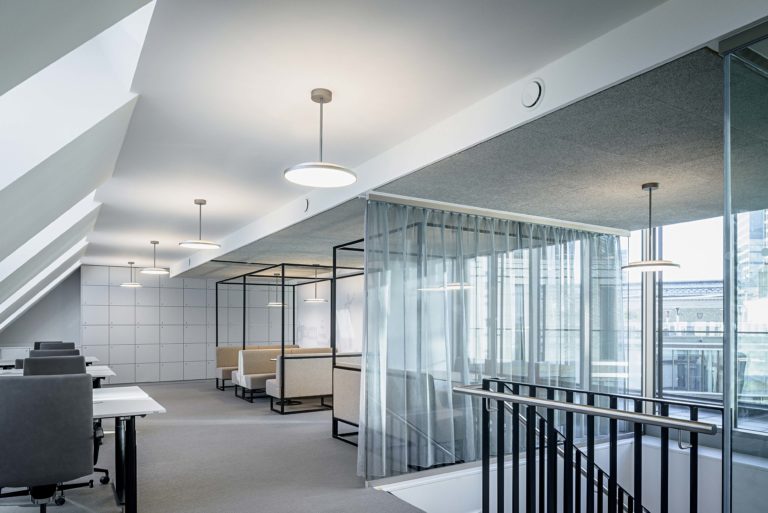 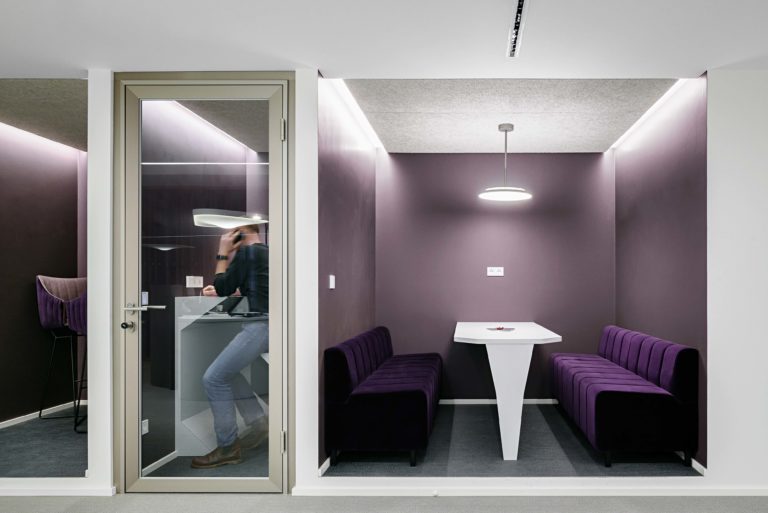 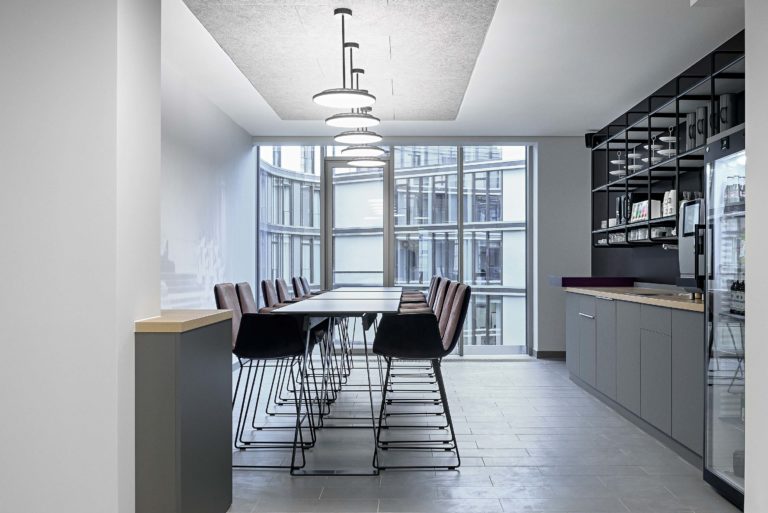 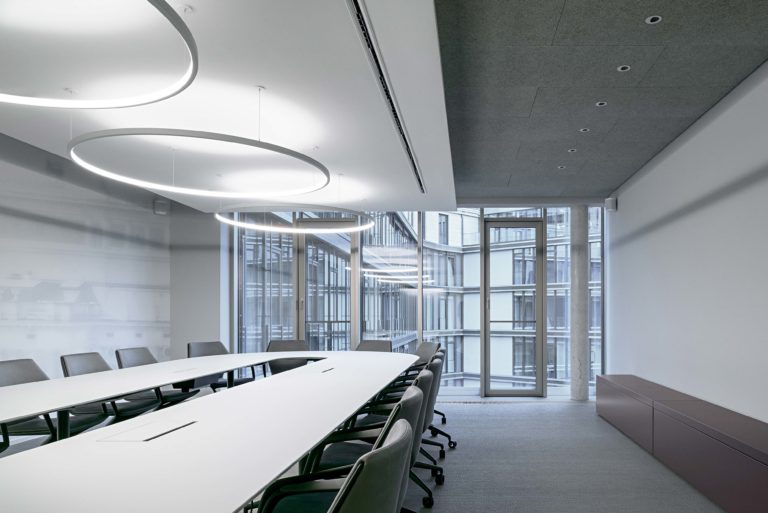 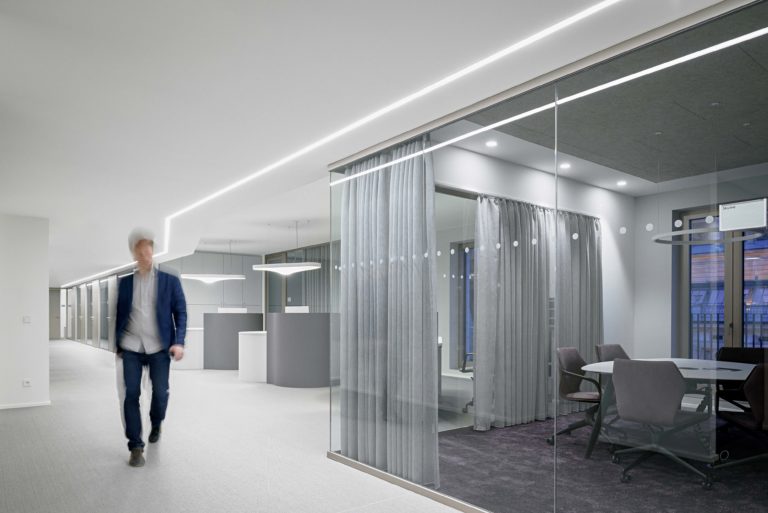 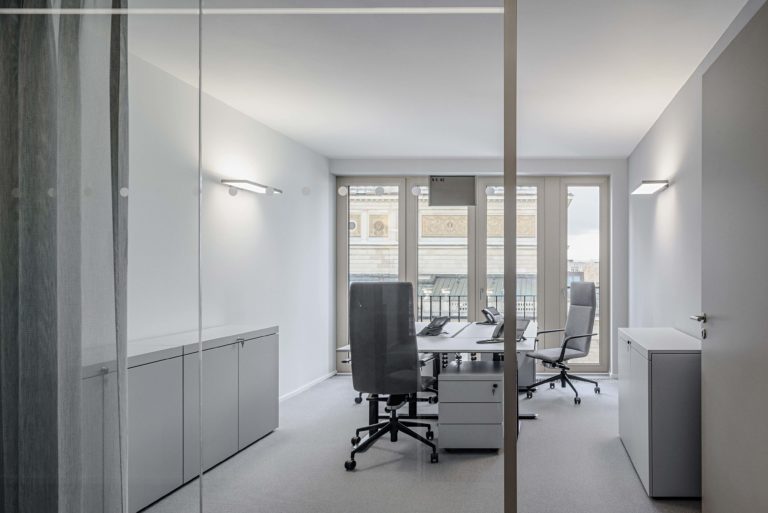 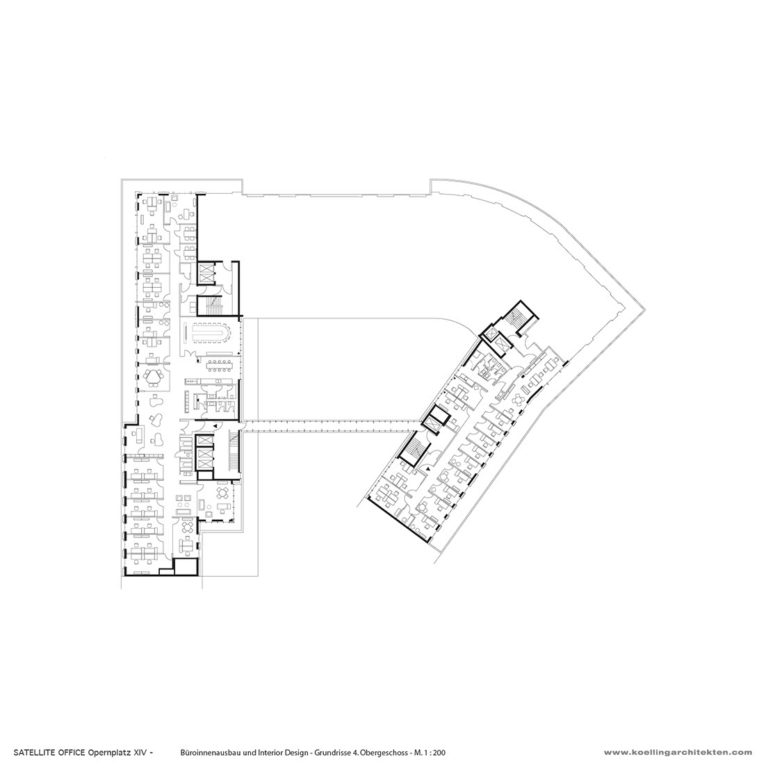 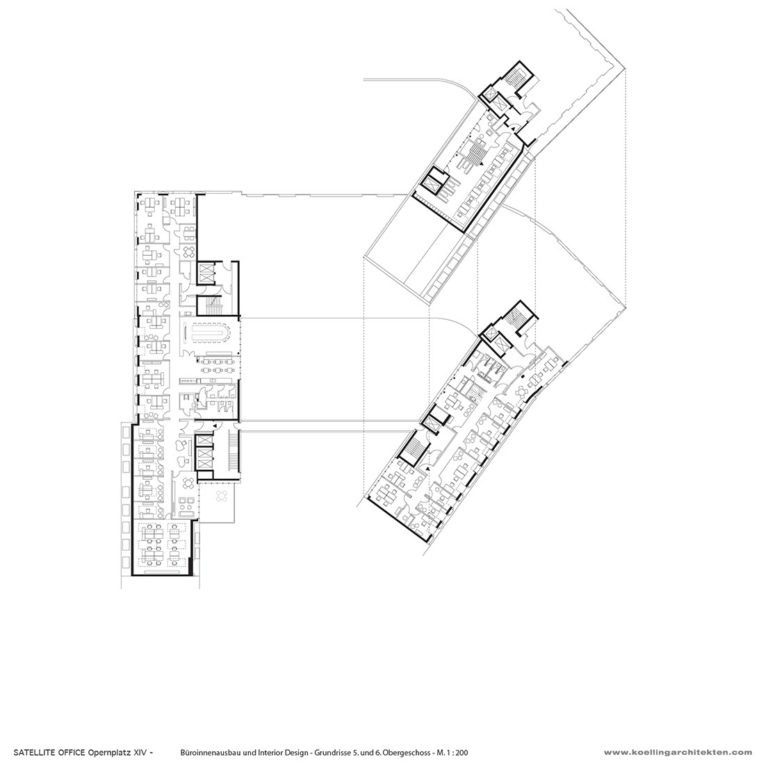