⬤ Design two_space + product, Claudia de Bruyn
⬤ Location Düsseldorf, Germany
The four corporate colours break up this workplace wonderfully with their abrupt and fresh appearance and give it a surrealistic touch.

Work with a purpose

It is only 200 square metres, but it is enough for the intensive workload shared by ten employees in Düsseldorf’s Medienhafen. They make up the consulting agency “human unlimited”, which as a purpose company has dedicated itself to a special culture.

The social relevance of the product – “value for the common good” – is decisive; old management models and profit interests that are far removed from content take a back seat. The work performance, which has been upgraded several times in this way, generates new dynamics and, above all, the identification of all with the corporate goal – a revolution that calls for strong spaces.

Claudia de Bruyn, owner of two_space+product, chose the four corporate colours of the company as a leitmotif and combined them with white. Black stands for “human” and the colours of the CMYK palette for “purpose, commitment and leadership”.

The interior designers, however, did not choose the furnishings but the space itself as the carrier of the colour scheme conditioned by the content, which de Bruyn implemented with artistic consistency: the floor and walls of the interior, including the furniture, were wrapped in light-bearing white, while the ceiling and the suspended luminaires appear in deep black.

The three rooms flanking the central work area with a long table of eight were also given an additional layer that is breathtakingly intense and atmospherically dominant. 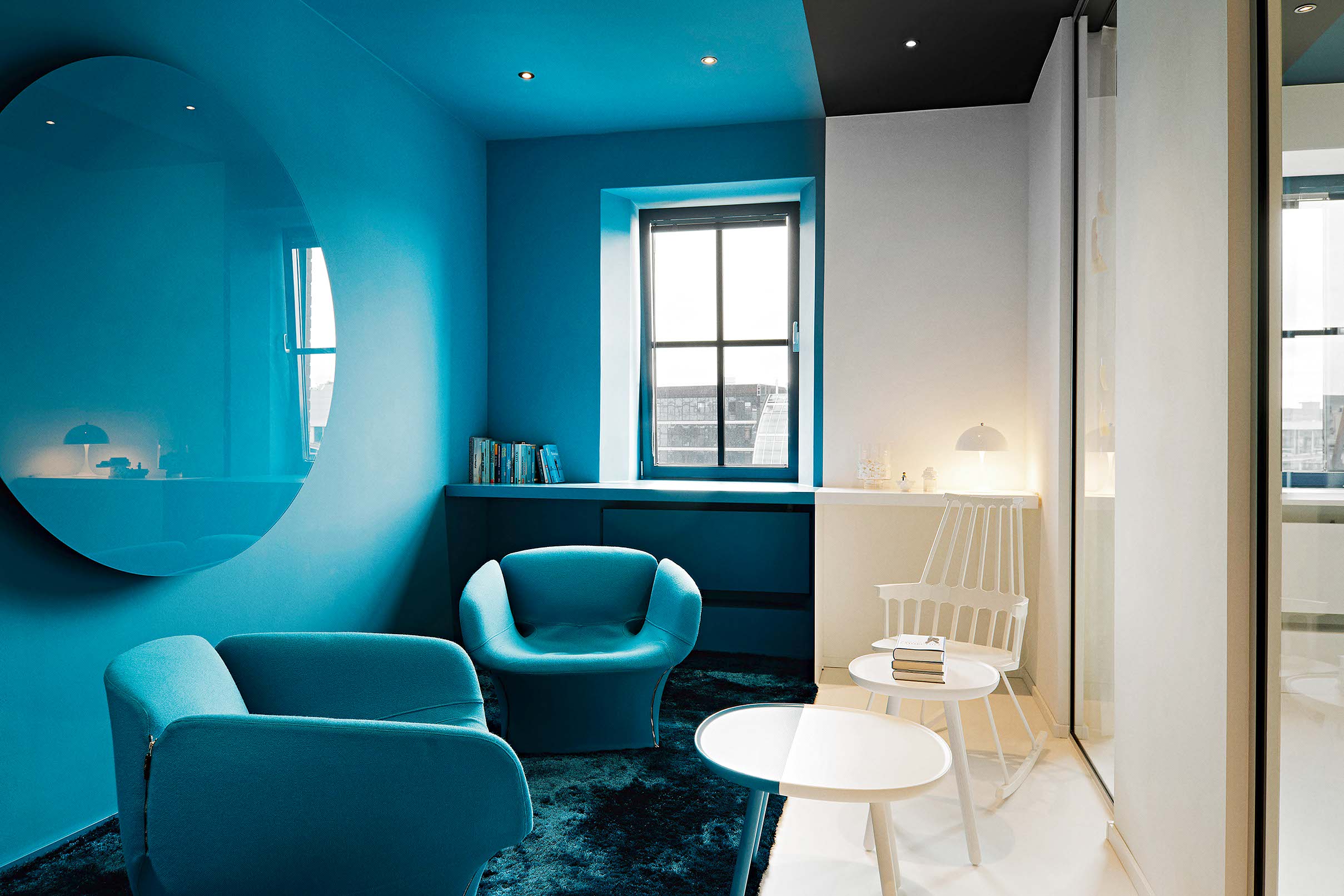 While the central white island and the adjoining lounge with its sofa are neutral and do not want to influence individual activity or relaxation, the surrounding rooms stand for active communication. For this purpose, they play with a duochrome colour concept that colours an entire part of the room, including the furniture.

The conference room gets a magenta third, the meeting room with its oval table a yellow part, and the comfortably furnished “Purpose Room” is more than half dipped in cyan. The large movable round glass panels that serve as idea boards or projection surfaces are also coloured. Anyone who sits here as a client or as a busy designer, storyteller, researcher, strategist, project manager or sociologist not only enters into a generative workflow, but can’t help but take a stand in view of the polarising colour fields.

"The focus was on the design of identity-strong, meaningful spaces for encounters and retreat, created by sharply delineated, monochrome zones, reinforced by haptically perceptible material changes. "
— Claudia de Bruyn 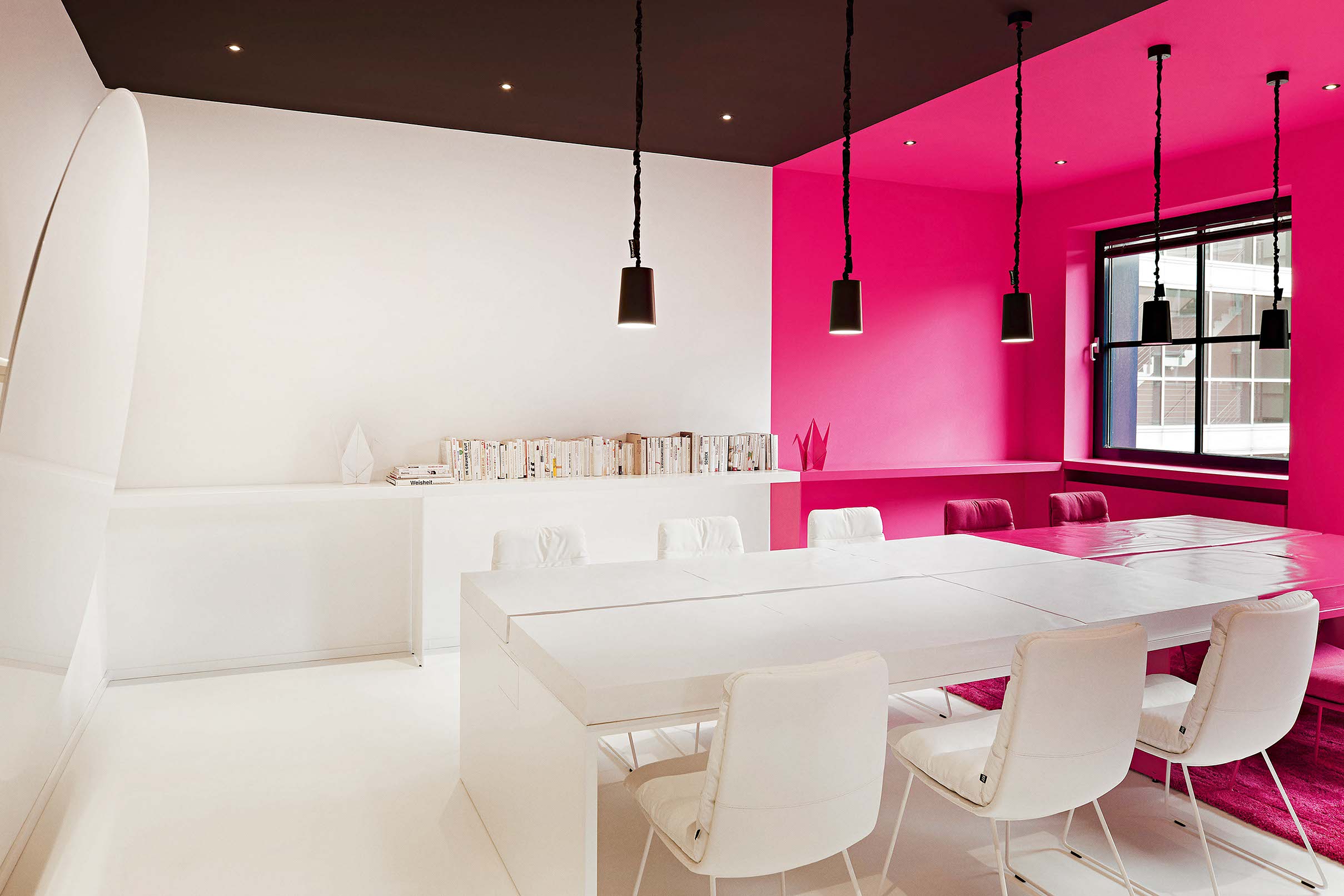 What do you consider to be the main qualities of a good workplace?

Claudia de Bruyn: In addition to the ergonomic and functional aspects, it is above all the identity-creating framework conditions that make up the real quality for me. Against the backdrop of the rapid changes in the world of work, my credo “form follows identity” has more meaning than ever. People need to identify with their company, an anchor, a sense of belonging and a compass, i.e. orientation, in order to be able to work happily and effectively at the same time.

Do you see any comparability in interior design for living and for working?

A living space is a highly individual space that shows the personality of the occupant on all levels. A working space in a company, on the other hand, is a collective space in which the personality of the company should be reflected. In this respect, the two are not comparable in their design. But workspaces should convey a sense of well-being to employees in order to be able to work happily and productively at the same time. However, this requires different aesthetic forms of expression than in the design of living spaces.

Which material-related aspects are decisive for you in the future development of workspaces?

Overall, I consider the development of sustainable materials and products according to the “cradle-to-cradle principle” to be indispensable in the long term. For this, materials and products must be designed and produced in such a way that they can be returned to a cycle. In this way, precious resources are recycled again and again. These closed processes naturally include the use of renewable energies and environmentally friendly production. 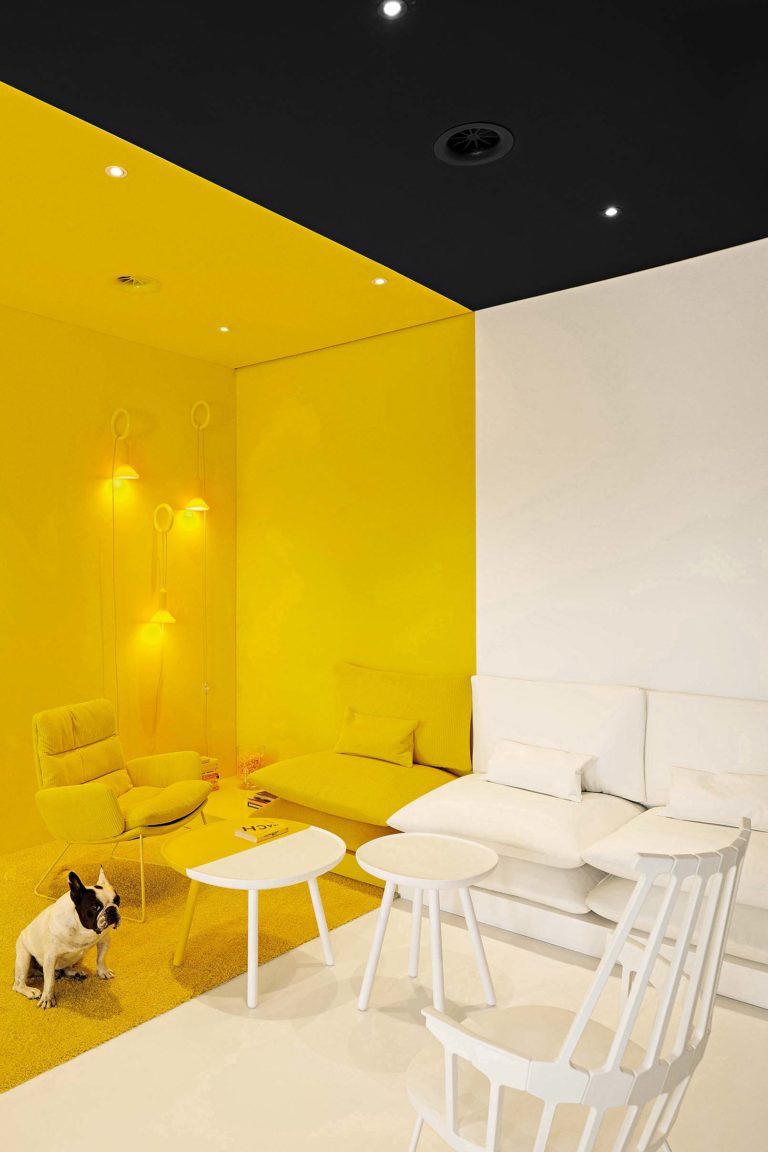 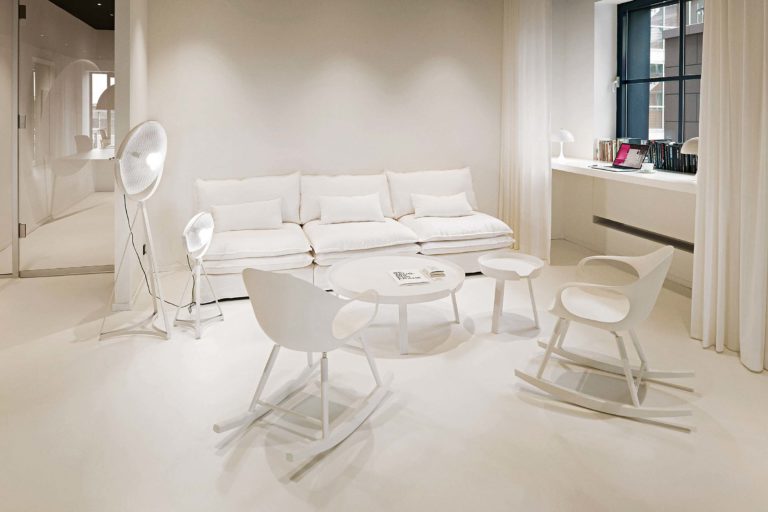 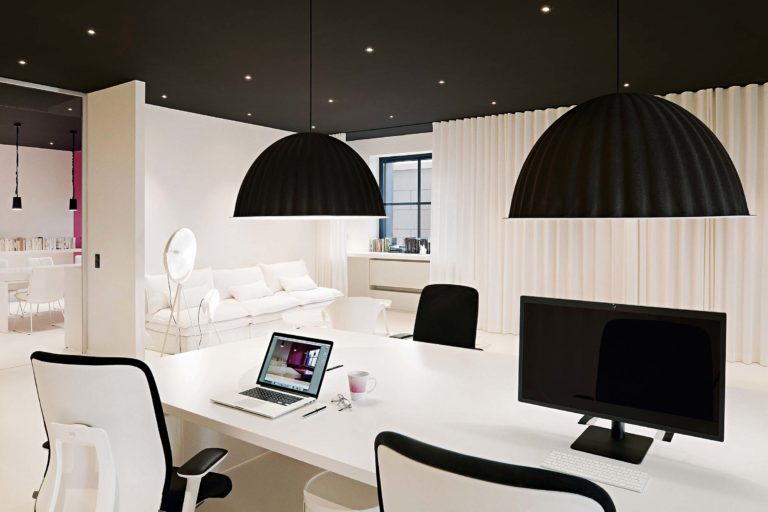 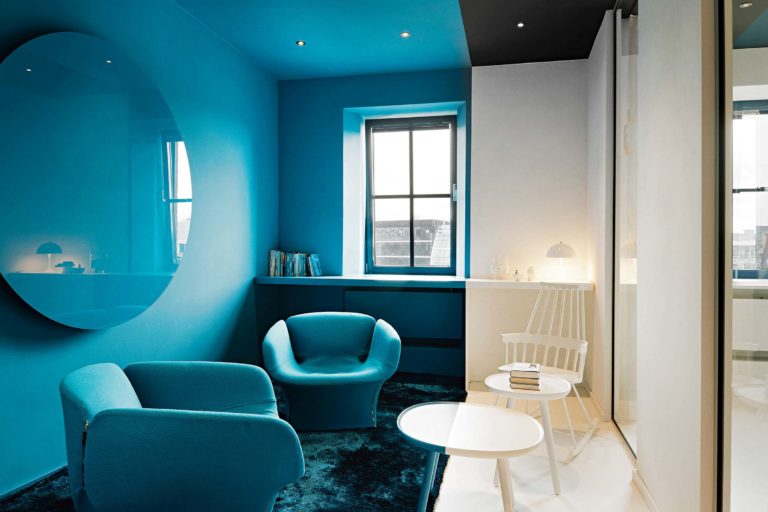 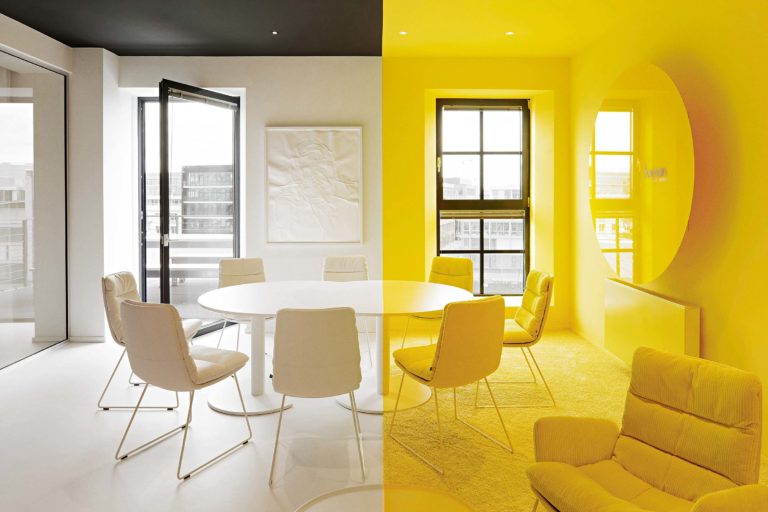 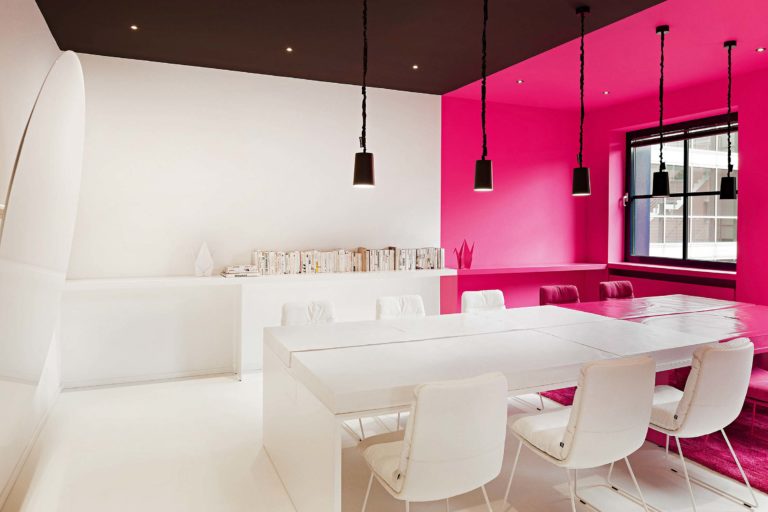 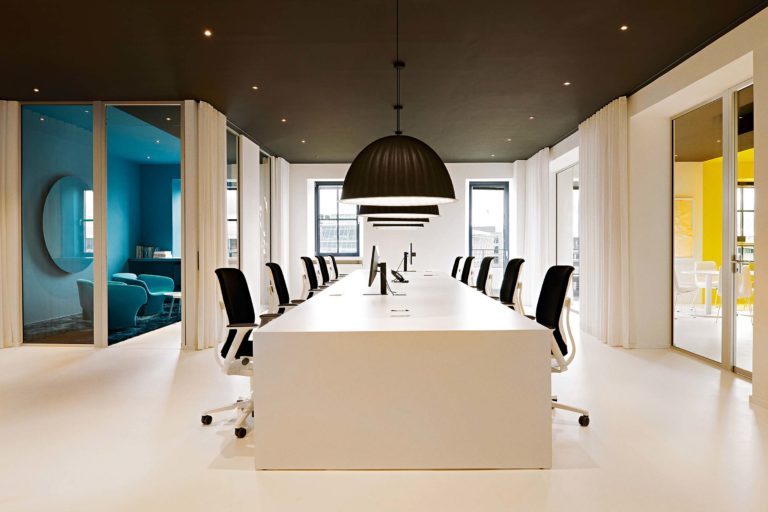 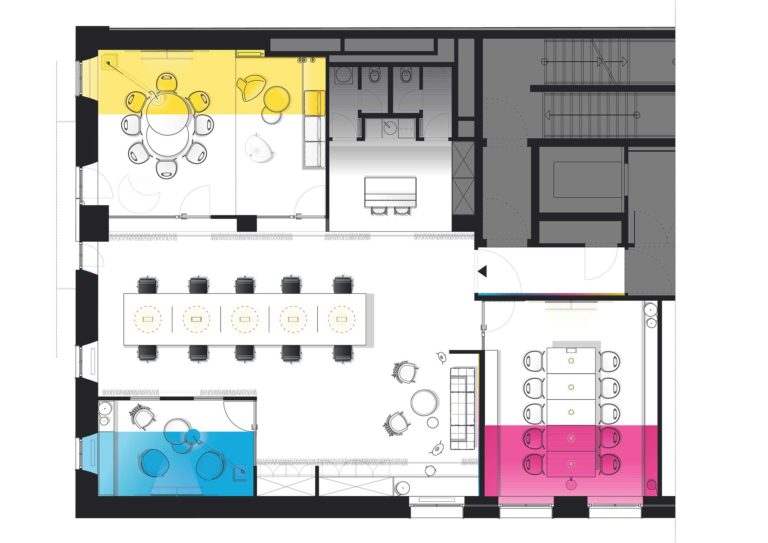